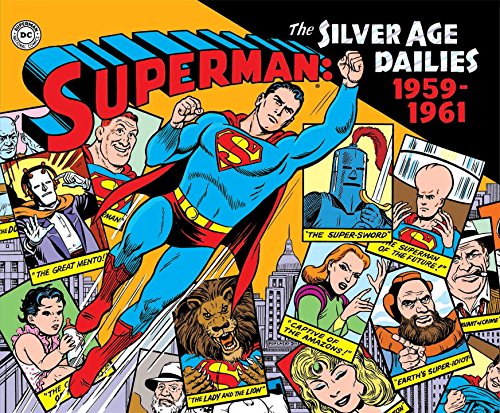 The Man of Steel comes to the Library of American Comics! In partnership with DC Entertainment, the Eisner and Harvey Award-winning imprint will produce deluxe archival editions of the efatatures Superman newspaper strip that ran from 1939-1966. The Dailies will be released in three sub-sets, starting with The Silver Age, then The Atomic Age, and finally, The Golden Age. (Sundays will be released in a separate, concurrent series.) These Silver Age classics have never been reprinted. The first volume boasts art by Curt Swan, Wayne Boring, and Stan Kaye, as Superman co-creator Jerry Siegel scripts stories by Otto Binder, Robert Bender, Jerry Coleman, and a new version of his own classic "Superman Returns to Krypton!" Theis book includes almost 750 strips, the complete episodes from April 6, 1959 to August 12, 1961. This is the series Superman fans have been waiting for!