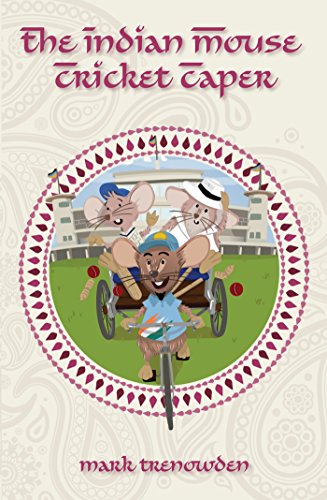 Having survived the invasion of their home, life for the Lord’s pavilion mice is getting back to normal. It is the end of the cricket season and the England team are set to embark on a tour of India. The tour coincides with the centenary of a historic First World War cricket match and the first game of the trip is a charity mark to mark the occasion. As the England Team make their arrangements Beaky, Bumble and Compo get trapped in one of the team bags. Before the others realise they are missing, they are transported to the airport and make the journey to India along with the England Team.

In India Sunni, a local cricket-playing mouse, befriends the three mice. He lives in the Bombay Yacht Club the centre of the Indian Mouse cricketing universe. Here they encounter Bhoo, the local cricket protégé who has been invited to try out for the BYC team. Woolly, the team coach oversees matters and Bhoo is selected much to the annoyance of Bashar their star player. Bashar defects to local mouse business tycoon Mr Doolally’s team and Bhoo is kidnapped. The two sides go head to head in the area final at Brabourne Stadium home of the Cricket Club of India. While the England team play an Indian Invitational side at the same venue in the centenary game.

But having got all the way to India, how will Compo, Beaky and Bumble get home?