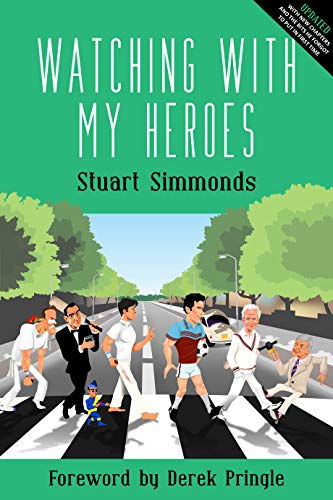 Reseña del editor From the moment a hopelessly bored eleven-year old boy watched David Gower effortlessly pull his first ball in Test cricket for four, he instantly forgot the fact that West Ham had been relegated after being useless all season and his life long love affair with cricket had begun. These are the recollections of how being pretty good at bowling a hard red ball at three tall sticks in the ground has allowed Stuart Simmonds the chance to travel the cricketing world, play against some seriously good players, meet some very famous people and most importantly avoid having to ever get what can only be described as a normal, sensible job. Written with huge amounts of charm, intelligence and humour, Simmonds takes us on a journey around club grounds, county grounds, test grounds and an enormous amount of time coaching in playgrounds, all spent together with what seems like an awful lot of very entertaining people. Having seen the first version sell well as well as being critically well received, Simmonds has been asked to update his first edition to include five new chapters taking his memoirs up to the present day. Biografía del autor tuart Simmonds was born in Birmingham and has spent most of his life either playing or coaching sport, notably cricket. A very accomplished player and coach, he is one of life s dreamers and has always wanted to be able to do something remarkable before it gets too late. Apart from still being involved in sport, Stuart runs a successful property business, is a terrible guitarist and always wanted to write a book. Two years after the critically received first version of Watching With My Heroes somehow out of left field he has now written several new titles, as the author of the brilliant Hannah the Spanner children s series. He currently lives in Sussex with his wife, his two daughters and his two dreadfully behaved dogs.