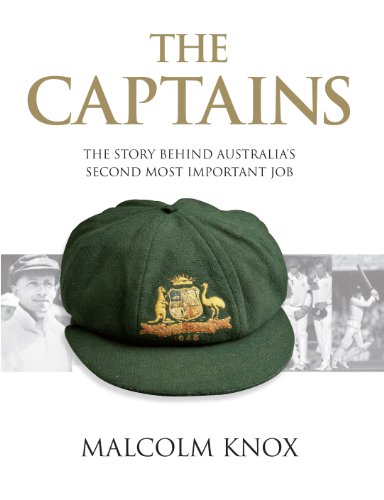 From Australia’s first Test cricket captain Dave Gregory, through to the current captain Ricky Ponting, Malcolm Knox’s new book tells the colourful story of how Australian cricket has evolved since it’s earliest days, how the captain has influenced or stood apart from that evolution, and how the captaincy itself has changed over time. Covering the highs and lows of Australia’s national game, The Captains chronicles the personalities that have shaped and influenced the Australian team for over a century. From larrikins to quiet achievers to true gentlemen of the game; over the years the Australian captains have provided as much colour, intrigue and scandal to cricket as match-fixing scandals and diet pills ever could. With analysis of key games, people, players and test-matches, as well as behind the scenes stories and an insightful and thoughtful look at the men who have steered our national teams, The Captains is a beautifully written and never before seen study of the men who have shaped Australian and international cricket.